skip to main | skip to sidebar

Here's an informative look at the features, limitations and the relative advantages of the new breed of electric cars. The electric-only Leaf by Nissan and GM's electric/gas "hybrid" the Volt. The article appeared in the Arizona Daily Star yesterday and was a good primer on what to expect from these two new products.
Posted by T. Pollock at 11:36 AM 124 comments:

The link above will direct you to her most recent post about the BP Gulf Oil Spill. She's a thoughtful and provocative writer and a seasoned and curious reporter. Check out her new blog... and make it easy on yourself to get some of the answers you may have been after.

Here's a summary of the blog and a bit about its author:

Life is complicated — especially if you want to live right and make clear, thoughtful choices. Paper or plastic? Carbon Footprint? Do they really recycle Styrofoam?

Marketplace’s Easy Answers is your definitive source, your last word, your conundrum un-conunned--and in a nutshell. Check in everyday for an easy answer to life’s tough questions about the environment and sustainability.

Don’t see your question here? Ask us yourself. Know something more? Leave a comment and share your knowledge.

About the author, Adriene Hill

I'm Marketplace's new multimedia sustainability reporter. I'm not a climate scientist, environmental activist, global warming denialist, or profiteering capitalist. I'm a reporter driven by curiosity to figure out how things work and can work better. I’m not lazy, per se, but I do like my answers easy.

The Genius of Jon Stewart & The Daily Show

Accordian Photo-bioreactor: Very Cool! (But where do I plug in my toaster?)

A very cool video about biofuels... produced using algae in a lab at the University of Arizona.

Sorry, no embed code available... so click here to view.
Posted by T. Pollock at 8:48 AM 6 comments:

(Jan. 12) -- Long ridiculed as a symbol of scientific self-indulgence run amok, the Biosphere 2 facility in Arizona is suddenly proving to be an important tool in understanding global climate change.

Over the past 15 years, experiments conducted at Biosphere 2 by researchers from Columbia University and the University of Arizona have helped shape scientific understanding of how climate change will affect the planet. The story of the facility's evolution, however, is as entertaining as it is surprising.

Biosphere 2 was built by Space Biospheres Ventures in the late 1980s at a cost of $200 million. The project was heralded around the world as the experiment that would eventually lead to the colonization of other planets. The concept was to create a sustainable ecosystem entirely sealed off from the outside world.

Lonely Planet/ZUMApress.com
No longer a sealed-off environment, Biosphere 2 now offers guided tours.
Inside 7.2 million cubic feet of sealed glass, several artificial environments were created, from desert to rain forest to a coral reef. Spanning 3.14 acres -- the size of several football fields -- the scale of the facility, which is about 25 north of Tucson, was unprecedented.

In 1991, along with a number of animals including goats, chickens, birds and fish, eight human researchers were locked inside the structure for the next two years.

What followed is said to have inspired the creators of the reality television program "Big Brother," in which human beings forced to live together in a restricted space often turn on one another. Factions among the researchers developed. Romantic relationships blossomed and died.

In terms of science, Biosphere 2 was no less free of drama. Due to a series of improper calculations, oxygen levels plummeted over the the two-year period as carbon dioxide spiked. Ants and cockroaches overran the facility, and a great number of the animals died.

Financial and managerial problems plagued the project as well, forcing the facility to shut down altogether in 1994. All in all, if Biosphere 2 was meant to demonstrate a possible future for the human race, that future looked rather bleak.

After a year of entropy, Biosphere 2 was sold to an investment company, which, in turn, allowed New York's Columbia University to manage the property. Under Columbia's supervision, the focus of the project shifted to the study of how the high concentrations of carbon dioxide inside the structures affected plant life. Biosphere 2, it turned out, was a great laboratory for tracking the effects of climate change on a number of different ecosystems.

"They were able to show that as more carbon dioxide enters the atmosphere, coral reefs are endangered and die off," said Joaquin Ruiz, dean of the College of Science at the University of Arizona, who now oversees Biosphere 2.

According to Ruiz, Biosphere 2's initial attempts at creating a fully enclosed system have produced a unique tool to study a similarly enclosed environment: Earth's. "Because of its scale, there is no other facility like it."

Researchers at the University of Arizona have made important findings about the effects of drought on varying species of trees planted inside the biosphere more than two decades ago.

"We like to say that the Biosphere 2 was built slightly before its time," Ruiz said. "But now, it has become one of the best places to study the effects of climate change."

Biosphere 2 has also regained its appeal as a tourist attraction, drawing nearly 70,000 visitors in 2009.

A musician and a novelist, David has covered politics for AOL for the past three years. His writing has appeared in such publications as USA Today and The Wall Street Journal.

In this era of empty calories, rampant obesity, profound sugar addictions and a diabetes pandemic fueled largely by a mephistophelian pact between the processed food-manufacturing industry and those who subsidize its continued production of culinary garbage, we at Metro Green feel it is our obligation - nay, our sacred duty! - to bring you this clip featuring "Food Rules" author Michael Pollan and The Daily Show's irrepressible Jon Stewart.

In honor of the United Nations Climate Change Conference (COP15) taking place this week in Copenhagen, Google, who some are suggesting deserves its own permanent seat on the UN Security Council (with veto power... of course!), has posted the following just above its iconic mid-page search bar:

"New! Explore impact of climate change on Google Earth"
The link leads to an easy-to-access series of 12 videos - with a 5-minute lead-off piece by Al Gore - on a variety of subjects and issues germane to the impact and consequences of Global Climate Change. Videos include a causation primer with Stanford Professor and former NCAR Climatologist Steve Schneider, a piece on climate and health in Africa by IRI (The International Research Institute for Climate and Society); Greenpeace is represented, as is the WWF (World Wildlife Federation) and many more ardent advocates of sane and rational policies for containing and controlling the further unregulated pumping of carbon-based pollutants into the atmosphere.

The final video, produced by Conservation International, introduces the climatic effects of global deforestation - then focuses on projects in Madagascar - where local communities are working intensively to deliver carbon emissions reductions through - among other activities - reducing deforestation and replanting native forests. Here is the final video:


Check it out... Go to Google and click the link... while it lasts.

And a hearty Metro Green salute to Google for the effort and the intention.

UPDATE: As of this afternoon, the folks at Google had removed both the green and white flag draped over their logo and the symbolic global consciousness solidarity link from their main search page. But the videos can still be accessed via the "Google Earth" hyperlink in paragraph 2 above.

If that's too much effort, here it is again: Google Earth
Posted by T. Pollock at 9:42 PM 4 comments: 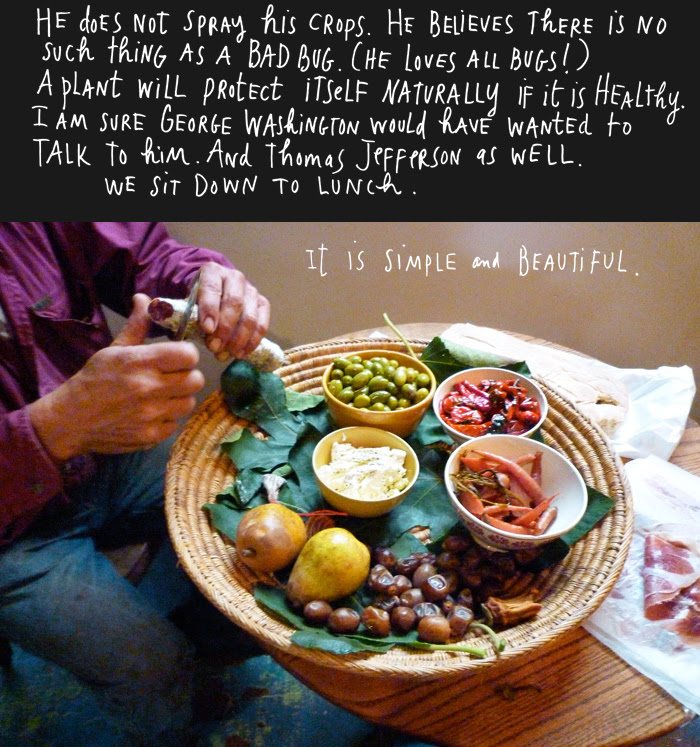 Back to the land.

Exhaust product? Water.
I can live with that.

UPDATE:
After posting the above, Metro Green received an email from our favorite Austin, Texas-based genius/expert who responded as follows:

A good healthy dose of skepticism is needed. Before buying into any Detroit or Big US automotive lures, check what the real world leaders are already doing (not claiming).

GM’s Car of the Future? Yep, always 10-20 years in the future, for the last 50 years. My guess is that GM has timed this PR splash to coincide with their request for another 30 or so BILLION of taxpayer money.

Don’t hold your breath waiting for Detroit 3 to do anything innovative; if they had anything to offer but yet another concept car, and a bunch of PR the automotive world would look a lot different today.

If you haven't visited the link above, here's a sneak peek:

Back in March, Metro Green introduced readers to Shai Agassi and his Better Place; an ambitious concept for electric cars and for developing the support network and infrastructure needed to make them practical alternatives to petroleum-based internal combustion engines.

An innovative master stroke, Agassi proposes overcoming the range limitations of "traditional" battery-powered cars first by redesigning and standardizing the automobile's power plant (e.g. battery packs) then constructing an international - even a global - network of support stations (like the gas/service stations of old) that would be called charging stations but their method would offer a little-or-no-wait process wherein rather than recharge the customer's battery while he/she waits up to 2 to 3 hours, the Better Place service facilities would simply slide out the discharged battery and replace it with one that is fully-recharged. According to Agassi's proforma, if car manufacturers cooperate and actually standardize both the batteries and their housings, the exchange process should take no longer than filling a tank with gas.

Six months later, Mr. Agassi continues to pursue his vision and investors continue to support his projects. Today's Parade Magazine had a small feature about Agassi, Better Place and the future of this particular vision for the transformation from gas to electric:

Making Electric Cars Practical
Shai Agassi is the founder and CEO of Better Place, a company with plans to bring affordable electric cars to the U.S. by 2012.

What does Better Place do?
We’re an energy network for electric cars. We don’t make the cars—we’re working with Renault to do that—but we’ll build a network of stations and charging spots so that people can use them. Think of us as the equivalent of AT&T for electric cars.

Why don’t more people drive electric cars?
It’s a question of the chicken and the egg. Until now, nobody produced these cars, so there was no energy network in place. But if you don’t set up a network, nobody buys the cars. It’s the same with cellphones—no one would buy the phones if there were no networks to support them.

How close are you to setting up a system in the U.S.?
We’re already running pilot programs in Northern California and Hawaii. We plan to build more than 10,000 charging spots in public areas in California and have them operating by 2012.

If Americans switch to electric cars, will we have enough energy to power them?
To drive 30 miles each day—the American average—you need 300 watts. That’s about the equivalent of having your computer or plasma TV turned on all day. A study by the U.S. Department of Energy showed you could power 200 million electric cars without a single change to the grid.

What’s happening in other countries?
Better Place is building charging stations in Denmark, Israel, and Australia. By the end of 2011, the networks will be open for consumers. China is moving very rapidly, investing billions in infrastructure. Once they get going, it will be extremely hard for the U.S. to catch up.